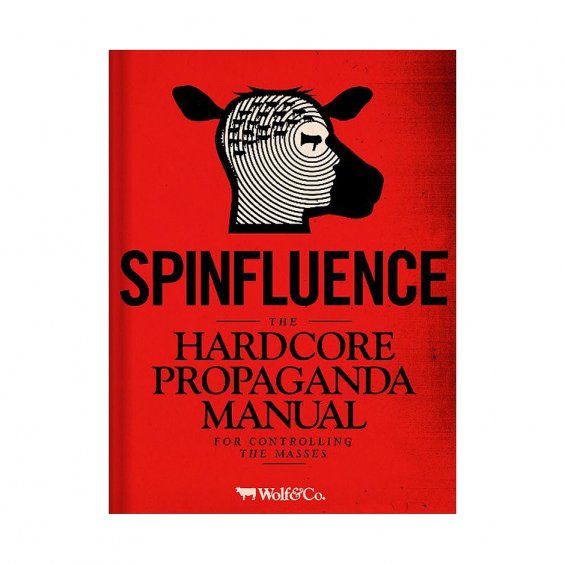 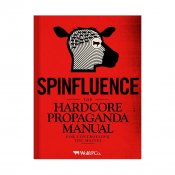 Spinfluence is an irreverent take on how propaganda is used by "The 1%" to control the remaining 99%. It's written from the perspective of an organization that works directly for the 1%, but in a satirical twist the book exposes the amoral and highly unethical techniques used through propaganda by those in economic and political power to control the masses.
Spinfluence is the first book of its kind to break down and demystify the black magic of propaganda using historical facts and quotes from a wide range of sources, such as socialist and capitalist theory, advertising, politics, psychology, popular culture, and historical and modern warfare.
Densely illustrated, the book features cohesive and striking graphic design elements, illustrations, and graphs and charts on every page. By doing so, the subject of propaganda, which is usually buried in dense and daunting media studies and political studies texts, is made accessible to a broader audience.