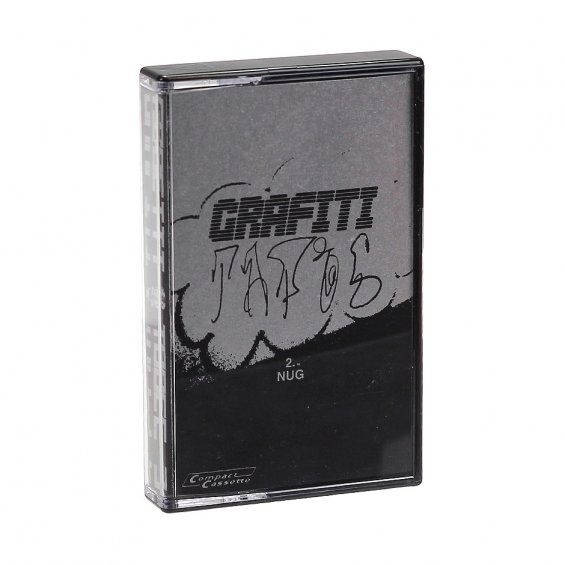 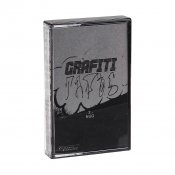 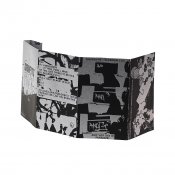 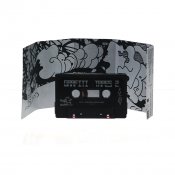 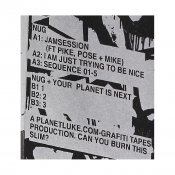 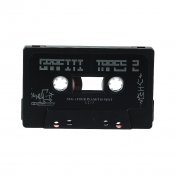 "GRAFITI TAPES marries graffiti with music and music with graffiti, each tape features a luminary of the underground world and showcases their talent via a limited edition tape cassette release.

Make no mistake, this is no sassy street art project. GRAFITI TAPES is primarily concerned with the real deal underground vandalisms and will continue to feature artists with a traditional approach to all things spraypainted.

The second in the GRAFITI TAPES series features notorious Swedish badboy, Nug. Part of the infamous VIM crew, Nug has made his name and reputation through his wild and expressionistic action paintings. Owner of a highly original and unique style, Nug ranks world class.

His tape for GRAFITI TAPES features musical collaborations with other writers as well as his own solo work. The style of the music fits well with his art, both being untamed, noisy and restless.

The first 100 copies of this release feature hand-pulled screenprinted sleeves on silver card, the artwork is a collaboration between Nug and Planetluke.com"