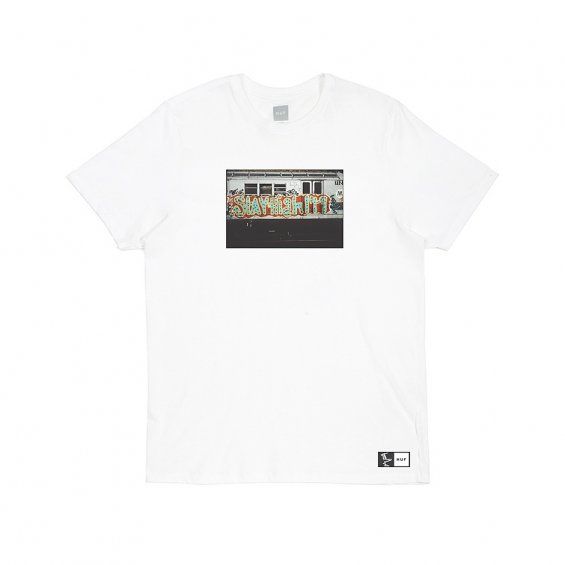 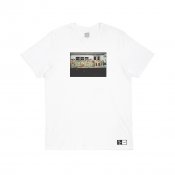 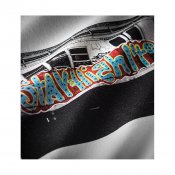 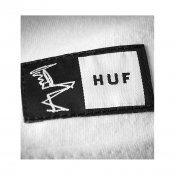 Om STAY HIGH 149
Wayne Roberts was born in Emporia, VA in 1950 and grew up amidst the social unrest and riots of 1960s Harlem. In 1969 his family made a brief escape to the Grand Concourse in the Bronx, where Wayne's best friend gave him the nickname STAYHIGH since he was smoking an ounce of weed a week.
During the early 70s he started writing STAYHIGH along the Grand Concourse, adding 149 to the tag for the street number he lived on. Having taken a job as a messenger on Wall Street, where he sold loose joints on his lunch break, STAYHIGH would hit the trains on the way to work and back, as well as during daytime deliveries, oftentimes hitting hundreds of trains a day.
STAYHIGH's style evolved rapidly and in 1972 he added the final element to his signature, the "Smoker", by adapting "The Saint" stick figure from the popular television show of the same name, and drawing him with a joint. Due to his iconic style and prolific reach, many writers agree to this day that it was the best tag ever.
In 1973 New York magazine published an essay on the subway graffiti movement, which included a photo of a STAYHIGH piece on a train alongside his portrait and tag, linking an identity to the name, He was arrested a month later. After the bust, which resulted in a $20 fine, STAYHIGH had to give up his name. For a brief period he began writing VOICE OF THE GHETTO, after the popular newspaper column Voice of the People, but his iconic status as STAYHIGH was cemented in the writing world with the 1974 publication of The Faith of Graffiti.
After retiring from writing for nearly 25 years, STAYHIGH reappeared at a gallery show in 2000 to a mass of admirers, and began writing again for a new generation. In 2006 he visited the HUF shop in San Francisco, where he and Keith Hufnagel became acquainted, and produced a personalized "VOICE OF THE GHETTO - NYC to SF" painting reflecting Keith's history. STAYHIGH continued to leave his trademark "Smoker" image everywhere until his untimely death in 2012.