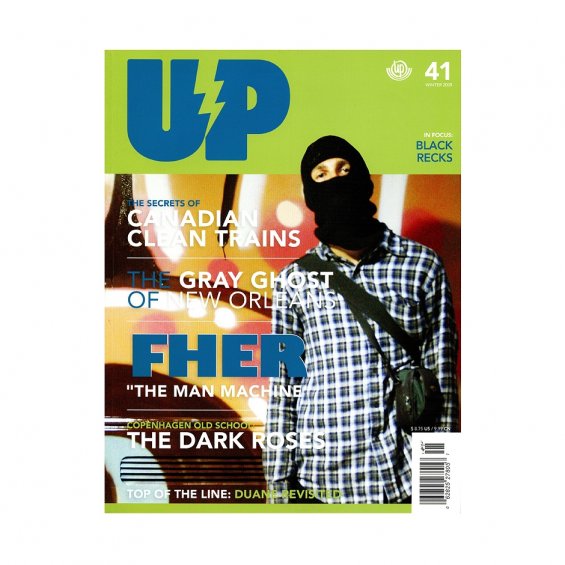 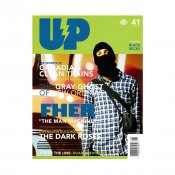 UP's winterissue from 2009 is focused on two very different writers:
Black from
Copenhagen with his raw and naive expression, and Reck from Stockholm, who has been painting walls and trains for the last 15 years.

From Stockholm, we also have Fher.
If you have followed the Swedish graffitiscene the last ten years, it's hard to think that you can have missed his pieces. One of Stockholm's most active writers ever.
We've gone to Canada for a look at a small, active and extremely secret trainscene. Read the story about "clean train" in one of the world's largest countries to the surface.

In a completely different part of North America is New Orleans, home of "The Gray Ghost." Read the story of a battle which lasted for over 10 years. On one side: A ghost armed with pistols and gray. On the other New Orleans writers.

In addition: Copenhagen veterans in The Dark Rosesárepresent the issues old school interview and Swedish Duane pieces dissected in Jacob Kimvall Top of the Line series, latest gossip in "Word is.." and lots of other tips and tricks that you never knew you needed to know.