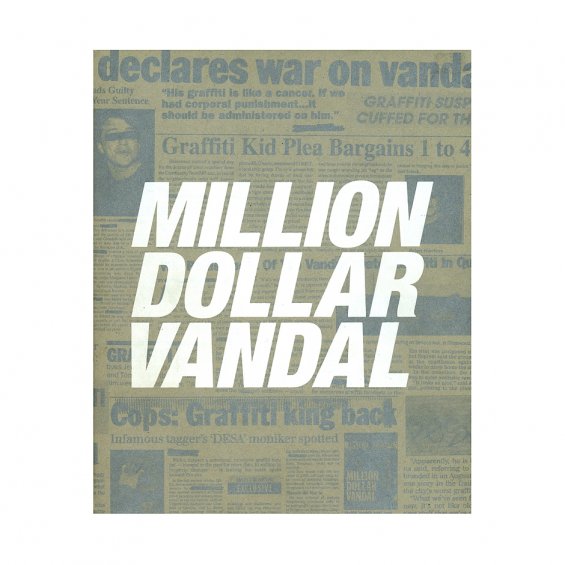 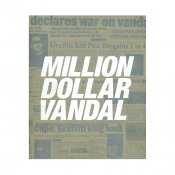 Published by AKA Projects, and designed by the ALSO KNOWN AS Crew, comes this all out assault to the senses. 'Million Dollar Vandal' is the uncensored story about the life and times of Brooklyn's prodigal son, Desa MTA. For the first time, we get inside Desa's head and his story gets officially told from the beginning. Exceptionally well written, this book chronicles in detail how Desa became the symbol of New York's war on graffiti during the 1990's, and details the repurcussions that came with being the NYC Vandal Squads public enemy number one. It's also an intimate look into his personal life, and reflects back on the milestones that formed the person he is today, including the death of VE (RIP), his near-fatal accident, and his tumultuous graffiti career being pursued by the Vandal Squad, and state prosecuters.

'Million Dollar Vandal' is full of cinematic-type landscape photos, exclusive action shots, and personal portraits that range from trains to tunnels, platforms to rooftops, and from the streets of New York to the house he lives in. Beautifully photographed and also designed by ALSO KNOWN AS, this book has all the attention to detail and amazing printing techniques you've come to expect out of that crew including fluroescent and metallic inks, amazing packaging, and enough eye candy to keep this book on your coffe table permenantly. A definite must have!