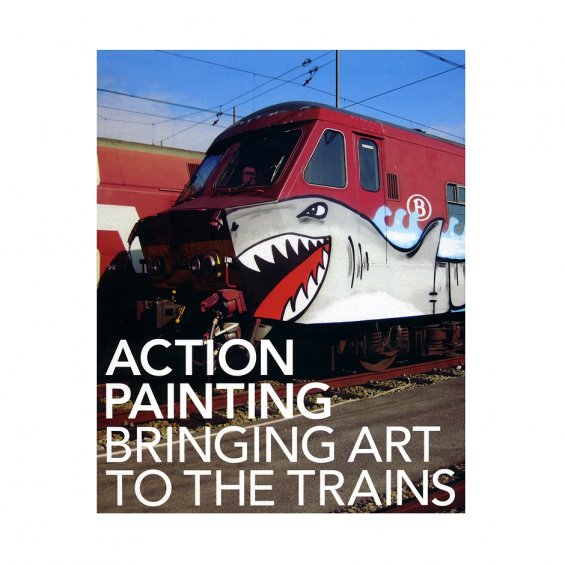 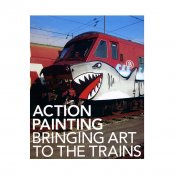 All works presented in this book are no longer existent. Gone for good, washed off the side of the train they were painted on - sometimes only hours after their creation! What remains is a little photo. A last glimpse of what to create took much skills, courage, determination and the risk of paying big fines or even going to jail for it. The fate of that little photo is often to end up in a shoe box hidden for the constant fear of criminal prosecution.

The authors of ACTION PAINTING have brought many of these photos back to the light and have created the most comprehensive collection of art created on Europe's transit systems until today. They present the highlights of what has been painted in the past quarter century. The task had much of a treasure hunt, as it was a long chain of conspiratorial contacts which in the end lead to unmarked packages that would arrive, containing the sought-after photos.
216 color pages are showing the highlights of what has been rollin'on the tracks between Helsinki and Madrid in the past quarter century.

25 years ago, the release of the iconic book "SUBWAY ART" sparked the flame of painting trains on this side of the Atlantic. While train graffiti died in New York, it continues to flourish on Europe's trains and freed itself not only stylistically from its origins to create the most diverse forms of expressions.